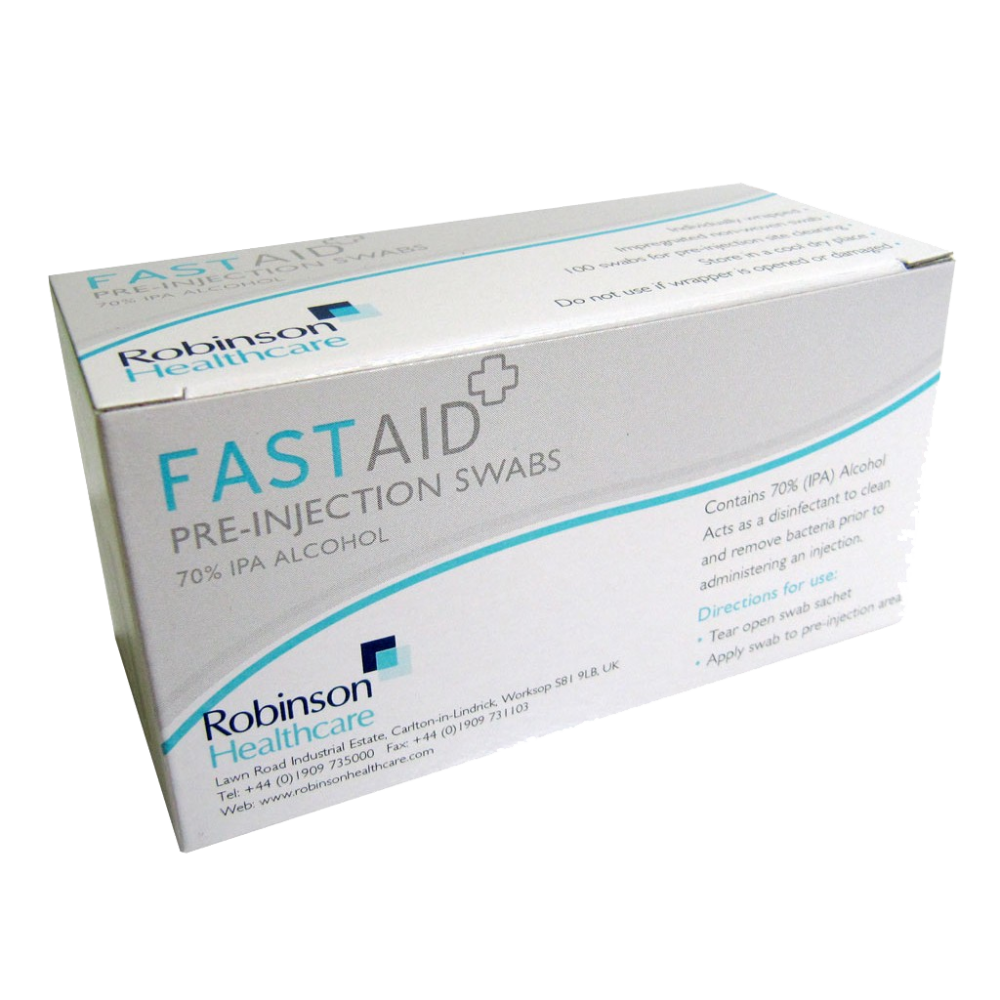 Alcohol swabs must be used correctly if they are to reduce bacterial load on the skin before injection.

The reason for the 'only swab in one direction' instruction this is that during the first wipe, the alcohol pre-injection swab will become contaminated, and if it is then wiped back over the injection site the bacteria and skin cells it has picked up will be deposited back onto the injection site. The reason for the 'allow the skin to dry naturally' is that the bactericidal effect of the alcohol occurs when the alcohol is partially absorbed by the cell walls of the bacteria, as the alcohol evaporates, it destroys the cell walls, and the bacteria die. Any sort of physical drying of the skin prevents this happening, and also runs the risk of contaminating the injecting site with bacteria from the thing that is being used to do the drying. Often in medical practice, swabs are not used. This is because studies have found a limited effect on the use of swabs. Some needle and syringe programs have wondered if this means that they should stop providing swabs. In general, it is our view that the provision of swabs is generally well worth continuing with the provision of swabs alongside additional information on the importance of skin hygiene, in particular, the washing of injection sites with soap and water before injection. Our reasoning for this is that:

Of course, part of the reason pre-injection swabs are popular with injecting drug users is that they use them as a heat source in the preparation of drugs... but in the end, the important thing is to make contact with injecting drug users, attract them into services to collect injecting equipment as often as possible and if part of the reason they're coming in is to collect pre-injection swabs, then that's an inexpensive tool for recruitment and an important part of the harm reduction effort. Pre-injection alcohol swabs should not be used after injecting to stem the flow of blood, because the alcohol thins the blood and reduces clotting so it bleeds more, and the blood spreads further.

Filter
Found 5
Confirm
In order to add products to a wish list, You need